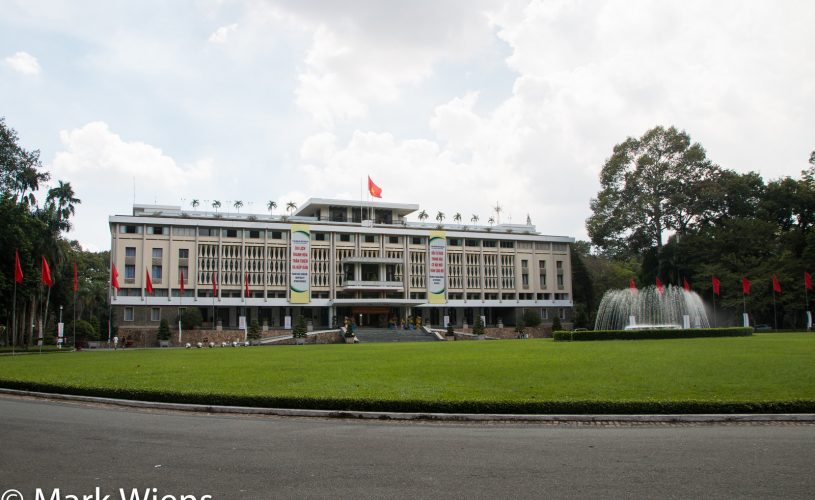 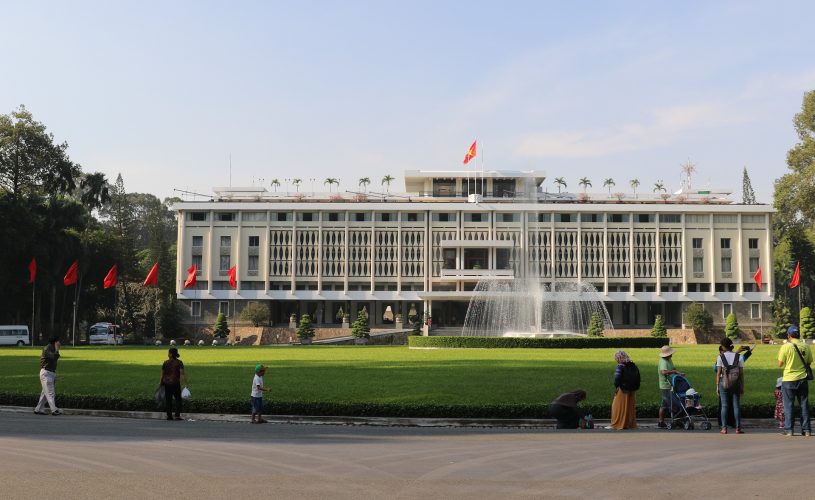 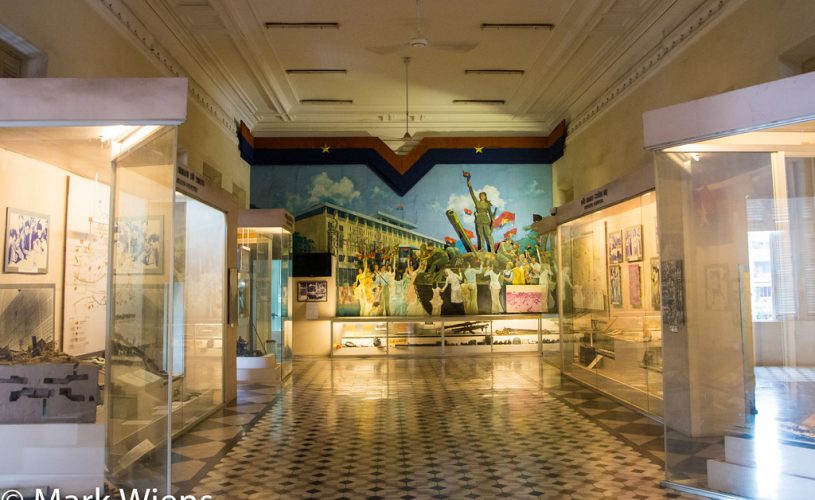 INDEPENDENCE PALACE
Now a museum, but still used for official government meetings and events, the Independence Palace was the former home of the president of South Vietnam during the Vietnam War.
After buying a ticket you can then go inside, and walk around a few of the floors to see all sorts of rooms including meeting rooms, dining rooms, and lounges that are fit for royalty.
Every room and space within the Independence Palace is still furnished with original chairs and tables.
The round dragon carpet, located on the second floor, a huge circular red carpet with a dragon etched into the middle, was something I thought was pretty amazing.
After navigating through a few floors and seeing the helicopter pad, you can then head to the basement where you’ll find some slightly scary offices, control rooms, and bunkers.

It was very interesting to visit the Independence Palace in Ho Chi Minh City, and I think the highlight for me was strolling through the dark and creepy basement. And also, the palace kitchen, still equipped with old school machines, was pretty cool.
Visiting the Independence Palace is one of the top things to do in Ho Chi Minh City and it’s one of the most visited attractions in the city.
HOW TO GET THERE
135 Nam Kỳ Khởi Nghĩa, Bến Thành, Quận 1
Vietnam Open hours: 7:30 am - 11 am and 1 pm - 4 pm daily. However, occasionally the Palace can be completely closed when there’s a large official event taking place. So make sure it’s open the day you plan to go
Entrance price: 30,000 VND per person
By Walking:
- From Ben Thanh Market, you can walk there in about 10 minutes, it’s located right in the heart of Saigon in District 1.

Saigon (also officially known as Ho Chi Minh City or locally in Vietnamese as Sài Gòn) is Vietnam’s most booming up and coming city, a places where the action never stops.